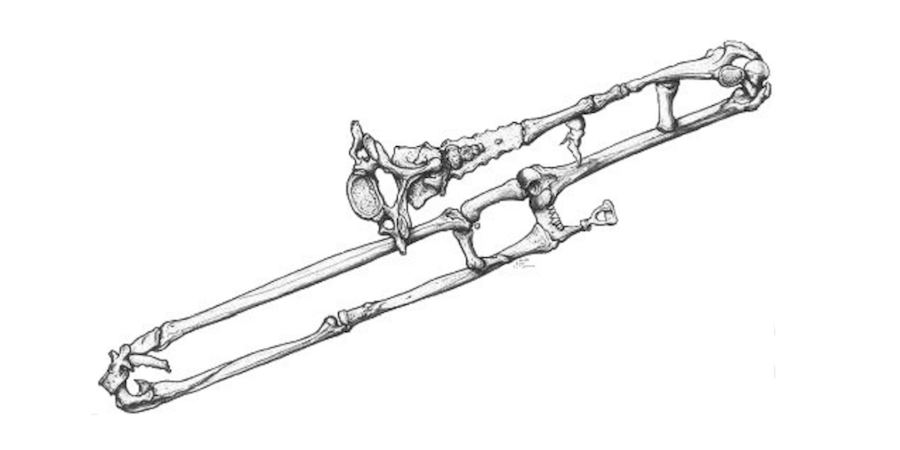 He is an American artist with a glorious and maybe a little bit darker than the usual sense of humor with a special attitude towards the brass instruments. He has a degree in Biology and certificates in medicine and fine art. After a successful career as an Intern at the famous Mayo Clinic in Rochester, Minnesota, USA, and a step away from proving himself as an even more successful surgeon, Doctor Stuart decides to leave medicine and to dedicate himself to creating graphics. The last 30 years he has been creating characteristic composite graphics, which intertwine his interests in medicine, history of art and human civilization, music, copper wind instruments and humor. His titles are often a play of words, which puts a little wink for those who carefully pay attention to the details in his graphics. Made and by the way, with only a black pen. Nothing else. Never…

Each one of the composite graphics of Don Stuart is made by hand only – somehow it does not suit for a surgeon to use a computer, when he creates something new – and it consists of lots of elements, one of each put all together tells a story in which the observing audience has the honor to add their own associations, ideas and imagination. The themes that excite the artist have a broad spectrum – from aviation through cars and motorbikes, land and underwater creatures, food, and in the images made of other images and very often in the end creating a third image – often you could guess the influence of medicine and music in them. Same as in the graphics “Drums trap set'', “Magic Flute”, gathers the temptations of gambling and holidays, “Bag Pipes” which reminds of the human heart, however the intertwined elements in it tell a completely different story, and “Clarinet”, which is actually a licorice shtick. And so on!

Where is Don Stuart’s interest in copper wind instruments coming from? It turns out again that is coming from the medicine and it starts from the trombone and this so popular in the English-spoken countries awkward game of words and this musical instrument using the word “bone”. Actually with the graphic of a trombone, made of human bones, starts the momentum of Don Stuart’s popularity as an artist.

We cannot not acknowledge his knowledge for the details in the copper wind instruments. Pay a closer attention to his graphic “French Horn”. Using the name “French horn” in English he adds a bunch of playful references towards French culture with the elements that build the instrument. Or with the elegant graphic called “Shoe Horns” in which the upper line of the silhouette on the shoe is outlining an Alpine horn. And in the graphic “Medusa” the artist incorporates with ease his interest in history of art and music, creating an image of horrifying Gorgon from the ancient Greek mythology, who’s curls are multiple medieval instruments serpent. Or you will probably prefer the very battle-like graphic “Trumpet”?

Don Stuart’s pieces are extraordinary and unforgettable, excellent training for the careful observer, who the more it looks at the graphics, the more hidden details will find. Fascinating, what other new challenges for our senses and our interest for copper wind instruments the doctor-artist will continue to create.

P.S. It turns out that his interest in copper winds and more specifically the French horn is a family trait, as you can see from the image “Triton’s Horn” of Don Stuart’s wife, the illustrator and a graphic designer Sue Ellen Brown, more popular under the pseudonym ZooLN. Anyways, this is a story which takes us to a completely different world which we will tell you about another time and at a different place ...

Krassimir Taskov: Contrasts and Landscapes for the Soul